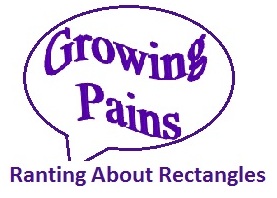 My last week! I did it. I completed my challenge. I learned some good things about myself in the meantime.

But first things first – the list of three things.

Second thing – Cleaning! The bedroom took 6 hours. Mostly because I hate folding clothing, so I don’t. But with a housesitter coming so we could go to Seattle for the weekend, I needed everything folded and put away. So I folded. And folded. And folded! And after that I organized, and put away. And only after that did I get to the actual cleaning. But it’s all finished, and looks great!

Third thing – Doing some of my husband’s chores. His final paper for the quarter was due Monday (yesterday), so I did what I could to relieve any other stresses he might have – including things like doing the dishes.

Whew! I am completely finished with this challenge. I’m glad that it’s over. REALLY glad. But I learned some good things, too.

Part way through the challenge I realized that it was suddenly easier for me to do things I did not want to do. Practice makes perfect, I guess.

I also learned that I enjoy my free time much better when I don’t have a task hanging over my head that needs to be done. Even if I’ve scheduled some chore for later in the day, I am not completely immersed in the thing I’m enjoying because I know I still have to do the chore. It’s better to get the chores over with so I can lose myself completely in what I want to do.

This challenge also resulted in my husband and I altering some of our chores. I took over cleaning the cat litter boxes, and doing dishes more often. He feeds the chickens and rabbits more often. The chore assignments are more fluid now, rather than assigned to one or the other of us. I don’t know how that will work in the long run, I guess time will tell. But for now it’s working just fine.

And I have a new habit – going to the gym twice a week. I still don’t like it, but I’ve lost two inches around my waist! I’ve not lost any pounds, but since my waist is shrinking I must be replacing some fat with muscle. I like that. And I have definitely improved my strength. I got a 75-80 lb bale of hay out of the car, through the house, and upended into a container next to the rabbit food without waiting for my husband to get home! I’m proud of myself for that.

So all in all, I’m glad I did this experiment. 10 weeks of having to do things I didn’t want to do, and on a regular basis, was good for me. I’ll probably do one or two more items on purpose, since the timeline of this was set to mimic my husband’s graduate school quarter, and I did not factor in the fact he’s having to spend a couple days past his official end date doing grading for student papers (he’s also a teaching assistant). So I’ll do a couple more things to complete the same time period he is, and so our “holiday breaks” start at the same time. See? It really isn’t as hard doing things that I don’t want to do, as I thought it would be. That’s probably a good thing for me to learn, and remember, for the rest of my life. Just do it.

Thanks for reading along with me!

(New to my Growing Pains challenge? Here’s the original post that explains it: https://rantingaboutrectangles.com/2012/09/25/ten-weeks-to-a-better-me/)